Originally from Scotland, the Golden Retriever is an excellent dog and an extremely popular choice for many households in the United States. Goldens are popular for their beautiful golden appearance and excellent characteristics. Additionally, Golden Retrievers enjoy hunting, fieldwork, obedience, competitive events, and search and rescue.

Keep in mind that very few rescues are breed-specific to Golden Retrievers. We have listed these rescues and added in a couple of shelters/rescues youre also likely to find Golden Retrievers. This dog breed is in high demand and typically Golden Retrievers in Michigan will get adopted out quickly. Rescuing a dog is extremely fulfilling because youre saving a dogs life and giving them a second chance.

Some of the members may know about a golden who needs a home, or know people who know of goldens that need a home.

It can be a long shot, but if youre patient, it might be worth it.

And then, once you do get finally get your golden, the clubs can be even more useful.

They could help refer you to services like vets, groomers, or doggy daycares, you could attend the events they hold to socialize your pup and get them involved in dog sports, or you can just learn from other experienced golden retriever owners.

Here are the golden retriever clubs in Michigan, listed in alphabetical order:

The Humane Society of West Michigan traces its roots to 1883 in Kent County, Michigan. Residents organized themselves to rescue homeless, abused, and neglected animals and build the first shelter in 1944.

They are in partnership with over 300 community volunteers and have adopted out over 10,000 animals since 2016 which is a huge amount of animals. This dog rescues adoption fees range from $195 for adult dogs to $300 for puppies under 5 months. They waive the fees for senior dogs. Despite the fact that they rescue and adopt all dog breeds, you can sometimes find Golden Retrievers and Golden Retriever mixed breeds here.

Don’t Miss: Best Place To Get A Golden Retriever

Michigan Animal Rescue League has existed for over 60 years. They are one of southeast Michigans established shelters and dog rescues. Their mission is to provide the best quality of life to animals through rescue, medical, adoption, education, and outreach. 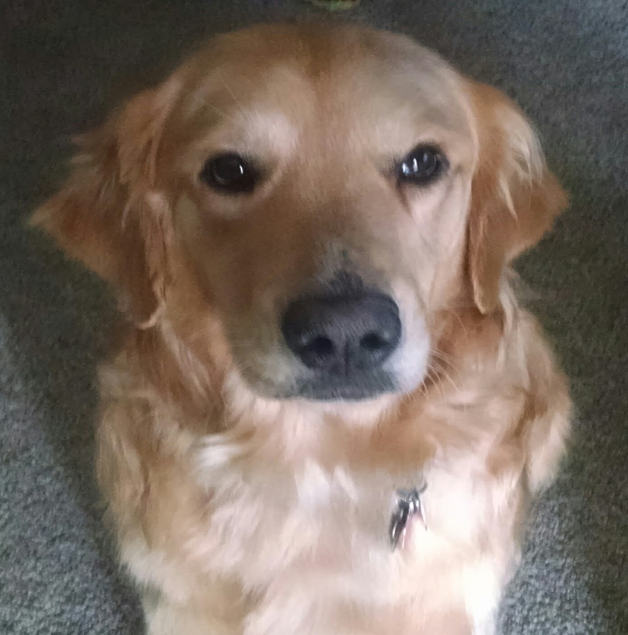 Morris Animal Foundationâs Golden Retriever Lifetime Study tracks volunteer dogsâ health for life in order to gain insights into preventing and treating cancer and other canine diseases. forms.gle/gKHh4GTyWceDwthC8 … See MoreSee Less. After we take in a Golden, we ensure proper vetting and, if necessary, behavioral training. We’ll list your name below as a sponsor. Whether you want to provide a temporary loving home or just want to help at events… Order your 2021 golden retriever calendar to be priority mailed to you at the end of October.

Itâs also a big decision with many considerations. Free training tools and resources to strengthen the bond between you and your pup.

Homeward Bound Golden Retriever Rescue & Sanctuary, Inc. is an all-volunteer, 5013 organization which rescues and heals displaced, abandoned, and homeless Golden Retriever and Golden mixes, regardless of their age or health. The calendars make great gifts!

Many of you have probably heard about the CDC’s Temporary Suspension of Dogs Entering the United States from High-Risk Rabies Countries which was published in the Federal Register on June 16, 2021.

They are also committed to educating the public on responsible dog ownership. They regularly teach the importance of proper diet, exercise, population control, caregiving, and regular veterinarian checks. Typically, the owners who surrender their Golden Retrievers are the ones who werent prepared for pet ownership.

The rescues adoption fee ranges from $100 to $500, depending on the Goldens age. If youre looking for a Golden Retriever rescue puppy in Michigan, this rescue is worth checking out. They occasionally have puppies for adoption.

Why Should You Adopt

Dog adoption and cat adoption saves lives. Adopt a dog or adopt a cat and you’ll have a friend for life.

When someone is breeding puppies or breeding kittens, they are creating new dogs and cats who need homes. Some people are interested in a very specific breed of dog, cat, puppy or kitten and they think the only way to find that specific breed is to buy a dog for sale or buy a cat for sale from a puppy breeder or a kitten breeder. Yet animal shelters are filled with dogs and cats who must find homes.

So rather than buying a dog or puppy for sale from a dog breeder or buying a cat or kitten for sale from a cat breeder, we encourage people to adopt a dog, adopt a cat, adopt a puppy or adopt a kitten at their local animal shelter, SPCA, humane society or pet rescue group.

Other Places To Find A Rescue Golden Retriever

The good news for goldens is that theyre in high demand and seem to be scooped up right away if they need a new home.

Of course, thats not so good news if youre trying to rescue a golden.

Another way is to join your local golden retriever Facebook group.

People sometimes comment in there that they cant keep their golden for whatever reason and ask if someone will take them in.

This is one way for you to get lucky and find a furry, golden friend.

Another way is to network with your local golden retriever club.

Great Lakes Golden Retriever Rescue specializes in giving Golden Retrievers a second chance at life. They work hard to find the perfect match for their dogs and the families that adopt from their rescue in Grand Rapid, Michigan.

Similar to many dog rescues in Michigan, they pre-qualify interested adopters before starting the adoption process. Pre-qualification is straightforward and quite easy. You will need to fill an online application form on the 1st to 3rd day of any month. If you submit it on other dates, the rescue will automatically reject them. You will then wait for them to process your application before you get a Golden Retriever.

The rescue adopts to families throughout Michigan, Ohio, Illinois, Indiana, and Wisconsin. They dont have a waiting list and give preference to approved applicants. Most of their rescue Golden Retrievers are above 7 months of age.

Also Check: How Often To Bathe A Golden Retriever

Why Do People Put Golden Retrievers For Adoption In Michigan 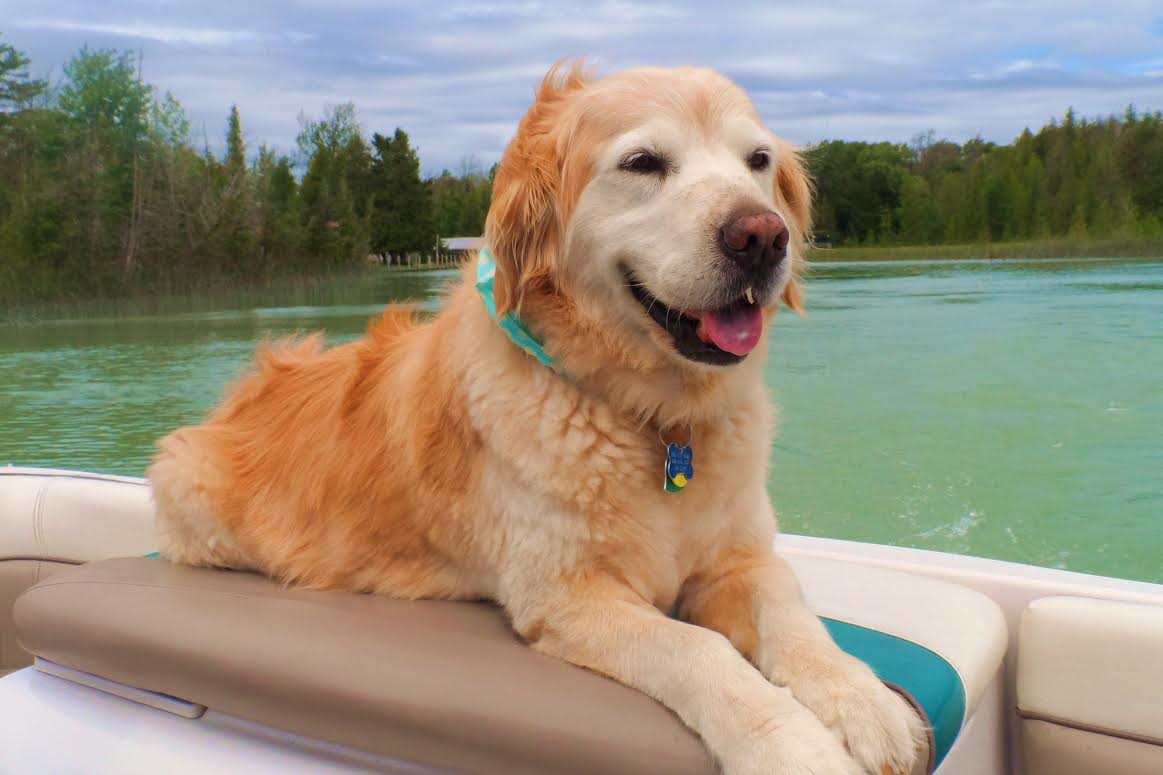 While they are beautiful to look at, the Golden retriever isnt for everyone. There are many Golden Retrievers for adoption throughout the state of Michigan. If youre considering one of these dogs, here is what you will need to know:

A Michigan dog shelter is looking for three golden retrievers that were dumped somewhere in Mid-Michigan.

Before that transfer could take place, it was reported that the husband removed the dogs from the home and dumped them somewhere between Potterville, located west of Lansing, and Carson City.

Local authorities and agencies have been notified, according to the post.

Anyone who spots the dogs is asked to contact GRRoMs Intake Director at 620-0933. Facebook messages will also be accepted and passed on.

Note to readers: if you purchase something through one of our affiliate links we may earn a commission.

What Is The Life Expectancy Of A Golden Retriever

Where Can I Buy A German Shepherd Golden Retriever Mix

What To Feed Golden Retriever