One of Gary Larson‘s Far Side cartoons shows two chimpanzees grooming. One finds a blonde human hair on the other and inquires, “Conducting a little more ‘research’ with that Jane Goodall tramp?” Goodall herself was in Africa at the time, and the Jane Goodall Institute thought this was in bad taste and had its lawyers draft a letter to Larson and his distribution syndicate in which they described the cartoon as an “atrocity”. They were stymied by Goodall herself: When she returned and saw the cartoon, she stated that she found the cartoon amusing. Since then, all profits from sales of a shirt featuring this cartoon go to the Jane Goodall Institute. Goodall wrote a preface to The Far Side Gallery 5, detailing her version of the controversy, and the institute’s letter was included next to the cartoon in the complete Far Side collection. She praised Larson’s creative ideas, which often compare and contrast the behaviour of humans and animals. In 1988, when Larson visited Goodall’s research facility in Tanzania, he was attacked by a chimpanzee named Frodo.

While capturing evocative portraits of renowned artists, actors, and athletes, Weber has, for five decades, been celebrating the joyous connection between humans and dogs. A tender yet fierce TASCHEN tome, Bruce Weber. The Golden Retriever Photographic Society, chronicles the masters delightful depictions of dogs that reveal a personal narrative.

Turning his lens toward a breed of retriever originating in the Scottish Highlands in the late 1800s and revered for their calm demeanor and devotion to human companions, Weber invites us into his imagination and the life hes built with his wife and agent Nan Bush. Weber met Bush in the late 1960s, and she quickly helped to launch his career in the fashion world, starting small with an award-winning reshoot for the department store Dillard’s.

Working on this book has been a very moving experience, looking back over 50-some years of photographing dogs and thinking about what thats meant to my life, said Weber.

Bruce Weber describes this first career-spanning collection of his famed dog photographs as his most personal book. It celebrates the human-animal bond, illuminating how connection to ones pets can fuel creativity, provide companionship, and foster an abundance of joy.

The photographerPhotographer and filmmaker Bruce Weber first rose to international prominence in the early 1980s on the success of images that combined classical styling with more visceral underpinnings of mood and sexuality. His ability to construct a seamless sense of romance and drama created the central public images for fashion houses. Throughout his career, Weber has worked in various forms, extending his lifelong exploration of the nature of human relationships.

The authorJane Goodall is the worlds foremost expert on chimpanzees, which she has been studying for 60 years in what is now Tanzania. She is the founder of the Jane Goodall Institute, a global leader in the effort to protect chimpanzees and their habitats, and for the past 30 years has been speaking about the threats facing them, as well as other environmental crises, and of her hope that humankind will solve the problems it has imposed on Earth.

You deserve the best, and so does our product. Thats why weve worked to determine the best, most efficient shipping methods to get you the goods. We are a small business and you are emailing a real person. Kindness begets kindness yall.

Goodall is best known for her study of chimpanzee social and family life. She began studying the Kasakela chimpanzee community in Gombe Stream National Park, Tanzania, in 1960. Instead of numbering the chimpanzees she observed, she gave them names such as Fifi and David Greybeard and observed them to have unique and individual personalities, an unconventional idea at the time. She found that “it isn’t only human beings who have personality, who are capable of rational thought emotions like joy and sorrow.” She also observed behaviours such as hugs, kisses, pats on the back, and even tickling, what we consider “human” actions. Goodall insists that these gestures are evidence of “the close, supportive, affectionate bonds that develop between family members and other individuals within a community, which can persist throughout a life span of more than 50 years.” These findings suggest that similarities between humans and chimpanzees exist in more than genes alone and can be seen in emotion, intelligence, and family and social relationships.

Plagiarism And Seeds Of Hope 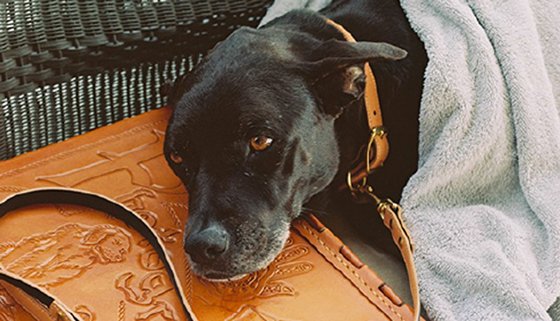 On 22 March 2013, Hachette Book Group announced that Goodall’s and co-author Gail Hudson’s new book, Seeds of Hope, would not be released on 2 April as planned due to the discovery of plagiarised portions. A reviewer for The Washington Post found unattributed sections that were copied from websites about organic tea, tobacco, and an “amateurish astrology site”, as well as from Wikipedia. Goodall apologised and stated, “It is important to me that the proper sources are credited, and I will be working diligently with my team to address all areas of concern. My goal is to ensure that when this book is released it is not only up to the highest of standards, but also that the focus be on the crucial messages it conveys.” The book was released on 1 April 2014, after review and the addition of 57 pages of endnotes.

Don’t Miss: How Much Food Do You Feed A Golden Retriever

When Bruce Weber photographs the dogs of his life

Photographer and filmmaker Bruce Weber is known for his immense oeuvre : warm portraits of artists, actors and athletes fashion stories loaded with emotion, irreverence and nostalgia lyrical tributes to eroticism Arcadian vision of the American landscape without forgetting the golden retrievers. From his earliest days, Weber has traveled with a pack of these lovable beasts that populate his advertising campaigns and reportages for major magazines as well as his personal albums. For the first time, The Golden Retriever Photographic Society reveals these photos taken throughout his career and which he often sees as the most personal part of his work. In his introduction, he notes: Sometimes people say to me: in my next life, I would like to be one of your dogs. This book shares this feeling with us. For five decades, these dogs, fully-fledged players in the wonderful existence that he and his wife Nan Bush have created for themselves, have fueled his imagination. This book celebrates the human / animal bond and shows how connection with a four-legged companion can nurture creativity, provide irreplaceable companionship and offer joy.

About the photographer and author:

Book Description Hardback. Condition: New. Bruce Weber describes this first career-spanning collection of his famed dog photographs as his most personal book. It celebrates the human-animal bond, illuminating how connection to one’s pets can fuel creativity, provide companionship, and foster an abundance of joy. Also available in two Art Editions with prints, each limited to. This is a Brand New book, in perfect condition. Quick dispatch. Seller Inventory # NGR9783836586634

Read Also: How Often Should You Wash Your Golden Retriever

Golden Retriever For Sale In Nh