Anyone who has ever seen a Golden Retriever can easily see huge similarities to its lighter colored counterpart, the English Cream Golden Retriever. So, what is the difference between the two? And are they, or are they not, separate breeds?

Intelligence And Training For The Breed

Golden Retrievers are known for their intelligence, and they are easy to train as family pets, show dogs and hunting dogs. The first litter of Golden Retriever puppies were used as gundogs because they had a very soft mouth grip and showed great skill at retrieving game for hunters, both on land and in the water. This is why they bear the name Retriever.

Puppies, and even adult retrievers, love to please their masters. They are ready learners and intelligent enough to learn new tricks at almost any age.

There Is Only One Golden Retriever Breed

There is only one recognized breed of golden retriever, with many styles within the breed.

Yes, there may be some variability in appearance, energy levels, and even health , but theyre all golden retrievers and are more similar than they are different.

Because golden retrievers have such good temperaments and are so smart, they are one of the most common breeds for service and therapy dogs.

Theyre patient, loving, and friendly, plus theyre big and strong enough for many tasks required of service dogs.

In addition to being therapy and service dogs, goldens also make great search and rescue dogs and hunting dogs, which is what they were initially bred for. 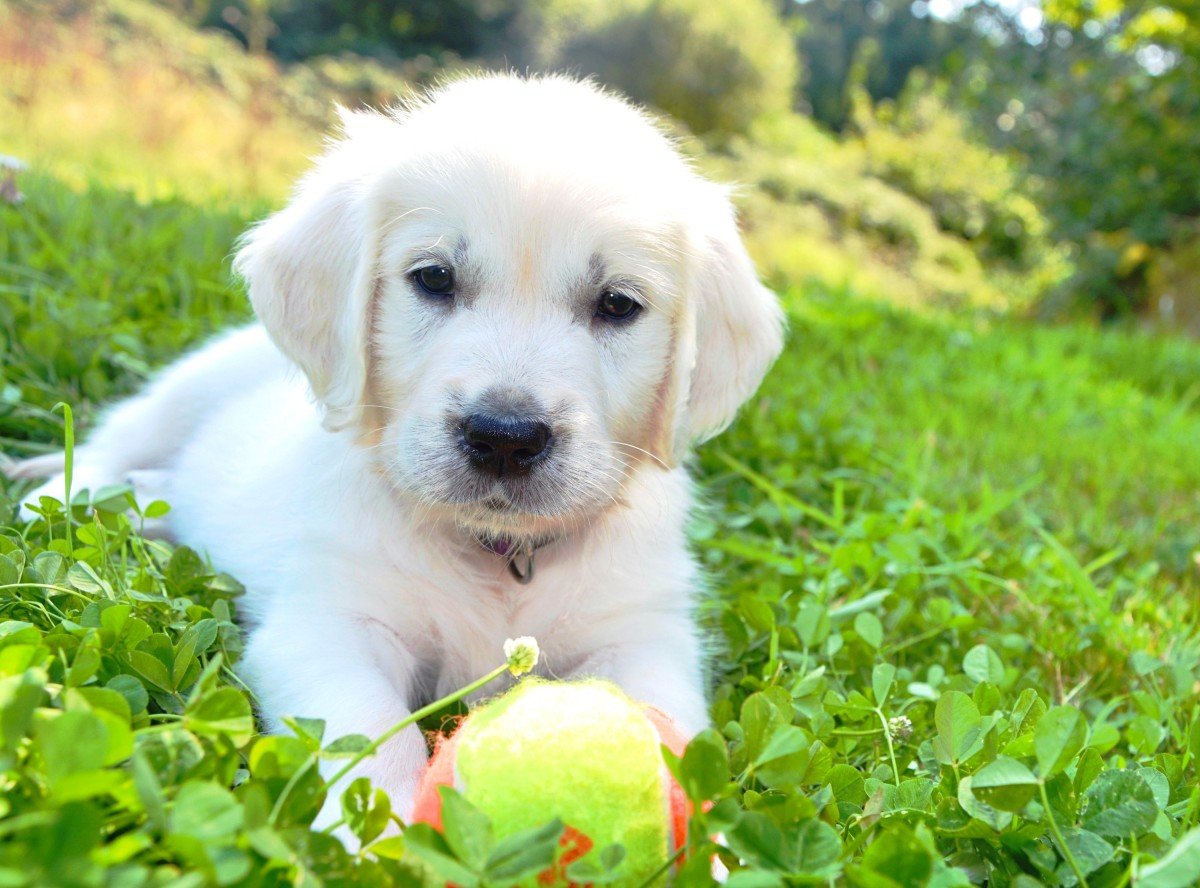 The best way to describe these puppies is cute.

While all puppies tend to be cute, these little white balls of fluff manage to be very cute!

It is not uncommon to find varying shades of pale cream to gold within the same eight puppy litter.

These curious pups love to be out exploring and dont quite understand the concepts of strangers, just friends they havent made yet.

Prospective owners can expect to pay between $1,000 and $3,500 USD for a Golden Retriever puppy of any coat color.

This price can vary depending on pedigree, show status, location and the breeders reputation.

Owners may struggle to find a suitable breeder in America. This lack of supply to meet demand, combined with their high price tag, makes this breed a magnet for irresponsible breeders and puppy farms.

Consequently, when shopping for a puppy it is important to be sure you are finding a responsible breeder.

What Are English Cream Golden Retrievers

The Golden Retriever pictured above is our Micah who is an excellent example of an English Golden Retriever. He is a champion of 6 countries, an FCI International Champion, and a Canadian Grand Champion.

English Golden Retrievers Are Not a Separate Breed

History of the Breed

English Golden Retrievers Are Not All Cream

The Best Food Puzzles For Cats

What Kind Of Dog Is An English Cream Golden Retriever

For more information view health testings on OFA.org. English Cream Goldens are such an exquisite breed. They are intelligent, playful, honest, loyal, and loving companions. Once you have a golden, you will always want a golden. They will always be by your side, full of love, and will make your heart melt!

Are American Golden Retrievers Genetically Different From English Ones

Somewhat. Even though American goldens descend from English lines imported to the U.S. via Canada, the breed evolved and developed differently than its English counterpart because it was bred according to the American Kennel Club standard rather than the standard of the Kennel Club of the UK. Let’s take a look at a few of the differences.

You May Like: Golden Retriever For Sale Los Angeles

An English Cream Golden Retrievers health is not determined by its coat color.

Some breeders try to claim that the pale coat is equivalent to a healthier or superior retriever, but that is false.

Focusing on specific colors while breeding can lead to hereditary health issues or reduce the Golden Retriever gene pool.

The parents health will likewise play a part in the health of an English Cream Golden Retriever, so physical and blood tests should be performed.

Hip dysplasia, eye conditions, and some heart diseases are common in the breed.

The Canine Health Information Center advises that Golden Retrievers should be evaluated for hip dysplasia and elbow dysplasia. They should also be examined by an ophthalmologist and receive a congenital cardiac exam as well as an advanced cardiac exam.

You will also want to check their ears regularly to avoid infection.

Are White Golden Retrievers Actually Referred To As White

This myth is far from the truth. The color of a dogs coat does not make it more or less healthy. As mentioned earlier, an English Cream Golden Retriever has the palest coat shade however, they still have the same genetics and DNA makeup as all other Golden Retrievers types. 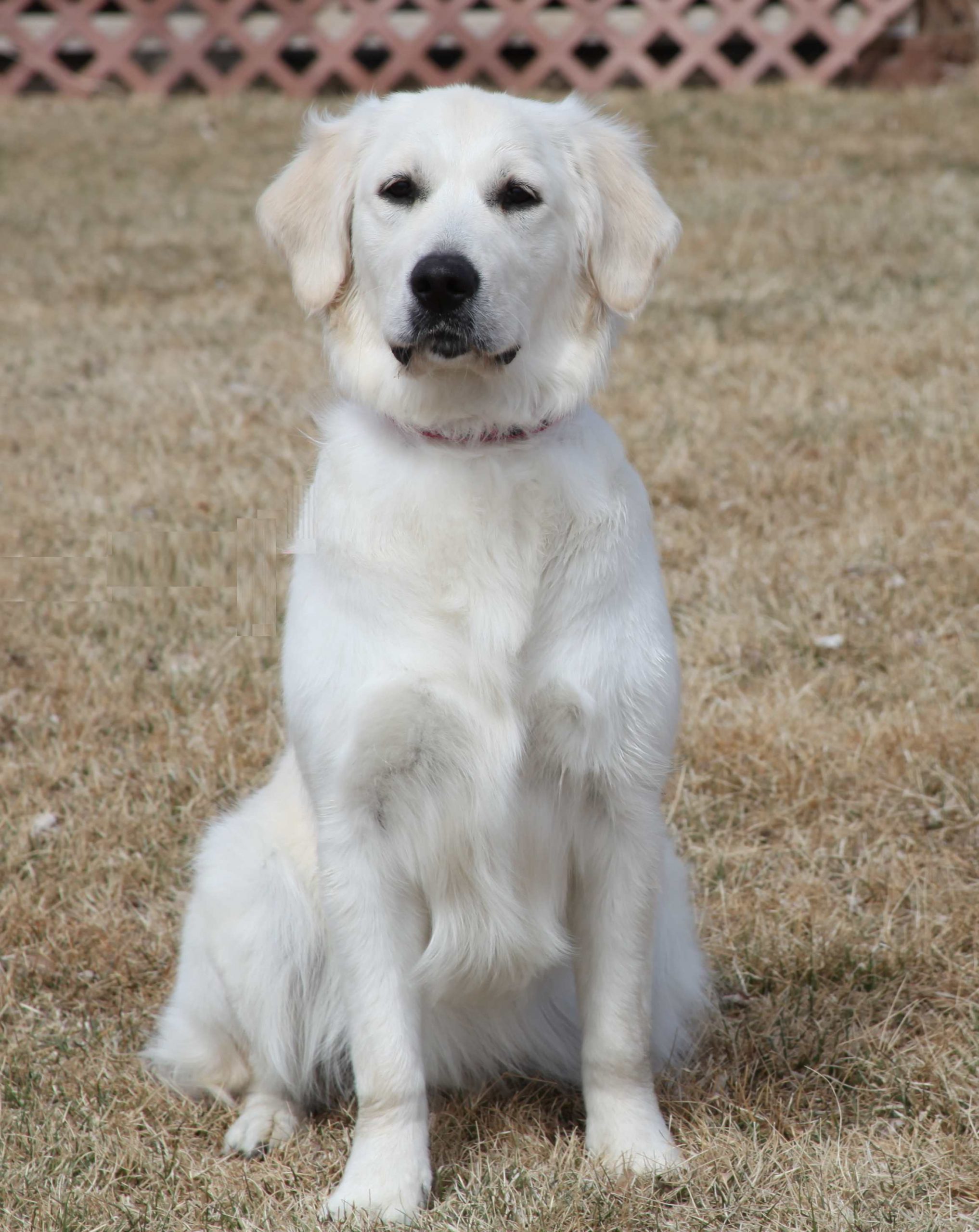 Adrienne is a certified dog trainer and former veterinarian assistant who partners with some of the best veterinarians worldwide.

Everyone knows that Golden Retrievers are beautiful dogs blessed with long, shiny coats in some shade of goldand they have wonderful demeanors to boot.

Below, you’ll find answers to these questions:

Golden Meadows Retrievers breeds one-of-a-kind White Goldens. What do we mean by that? All of our puppies undergo training from the day theyre born until they find their way to a home.

The price point of our White Golden puppies depends on temperament and how far along in the training process they are.

Another surprising fact about the English Golden Retriever is their origin. Regardless of the name suggesting that this breed originates from England, they actually come from Scotland.

Golden Retrievers themselves have been around for many years. The first mating for this breed occurred in 1864 , and it produced four puppies. Since 1864, modifications have been done to the breed, resulting in what we now know to be the popular Golden Retriever.

We learned earlier that a range of colored coats could be found within the same Golden Retriever litter. Therefore, cream-colored Golden Retrievers can be bred anywhere in the world, not just in England. However, you will see them more commonly in Europe.

Don’t Miss: Do German Shepherds And Golden Retrievers Get Along

English Cream Golden Retrievers Have A Lifespan Of 10

Many people think that English Cream goldens live longer than other types of goldens.

The more important thing to consider if you want a golden retriever whos likely to have a long, happy life is to find a quality breeder that breeds healthy dogs.

The Knight Kings Winds Of Winter

Winter is the gorgeous daughter of Princess Elsa. She has just passed all her tests as she turned two and son we welcome her in ton our breeding program. She is sweet and affectionate and has a adorable cheeky personality. She is also calm like her mother and very bright and intelligent. Her favorite activities are swimming and cuddling in bed. We excited about the opportunity to to breed her because she is absolutely perfect in every way, tall slender, magnificent face and healthy but also a shadow dog who is in every way my best friend.

Also Check: How Often Should A Golden Retriever Be Groomed

English Cream Golden Retrievers are known for their highly relaxed, ultra-mellow temperaments. These dogs are intelligent, loving, playful and incredibly loyal, which makes them the perfect pet to own from puppyhood. Many people desire the quality European bloodlines associated with the White Golden breed, which guarantee the highest pedigree for dog shows and future breeding. In fact, White Golden Retrievers are often bred for three main reasons: their unmatched temperament, their outstanding health, and their sturdy structures. White Goldens also sport glossy light-colored, cream-colored coats, and generally grow healthy and strong. All Goldens have at least some Golden color in their coats, even the whitest cream colored Golden still have gold highlights running throughout their coats. Hence the term Cream is a much more appropriate description than White.

This breed loves to be active and offers a beautiful light-colored coat of hair that stands out against other breeds. A White Golden Retriever puppy is a team player and behaves well with everyone. To breed white golden retriever puppies, is no simple task. It requires a lot of work, often artificial insemination and more frequently, C sections. Even though our white golden retriever puppies may be challenging to breed, they will radiate positivity and love the moment you meet them.

Grooming goes a long way in keeping your dog healthy and free of dander and flea. Having a good grooming kit is at the heart of effective grooming. There is no standard concerning bathing or brushing.

Its advisable to brush and wash your furry friend at least once a week and once a month respectively. Nevertheless, if you go out regularly to hunt with your dog, you should consider bathing it more often. 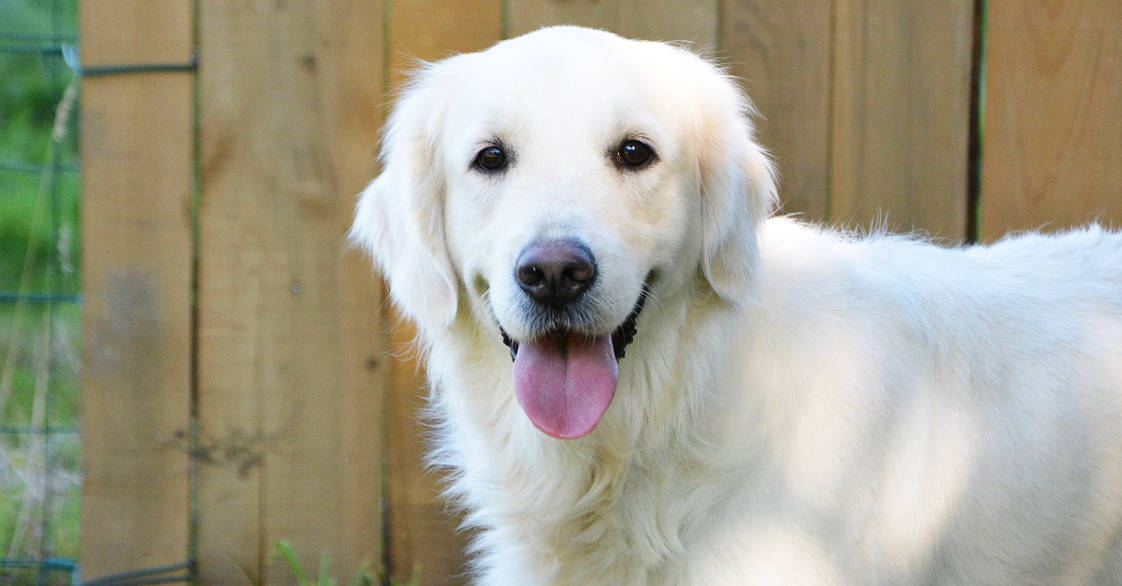 When White Golden Retrievers first started showing up in litters, the United Kennel Club viewed it as a fault and banned it as an official color. However, things took a turn in 1936, and they added white/cream as an acceptable coloration. In the United States, cream and white Goldens are not accepted and remain that way.

Today, the only way to get a kennel-club accepted White Golden is to get a puppy from a litter of English-bloodline White Golden Retrievers. American Golden Retrievers with cream or white coats are not accepted anywhere, so make sure to ask the breeder about bloodlines. It may also be a red flag, as any experienced Golden breeder should know this.

You May Like: What To Feed A Golden Retriever Puppy

English Cream Golden Retrievers are becoming very popular all over the world. While there are many types and colors of Goldens, this version is very distinct with its light creamy color that makes it appear as if it is a White Golden Retriever.

While English Cream Goldens are very similar to the other types of Golden Retrievers, they do have a few characteristics that separate them from the American and Canadian Goldens. Below we will look at what makes them unique!

How Much Does An English Cream Golden Retriever Cost

The platinum retrievers that are bred according to the United Kennel Club breed standard are still fairly rare and can be expensive. On average, a platinum retriever can cost between $1,500 to $3,500. However, the price of a puppy can vary from one breeder to the next and will depend on your location, breederâs reputation, and the pupâs lineage.

You May Like: How To Dry Golden Retriever After Bath

They Need A Lot Of Mental And Physical Exercise

English Cream Golden Retrievers were bred to hunt, and they are very intelligent. Due to these qualities, they will need a lot of physical and mental stimulation to stay happy and healthy.

The recommended amount of exercise time for your English Cream Golden Retriever is about an hour a day.

If you are not an active person, this may seem a bit overwhelming. You could either consider getting a more relaxed breed instead, like a bulldog, or you could break the exercise up throughout the day.

A more manageable exercise schedule may involve a 30-minute walk twice a day, once in the morning and again in the evening.

How To Draw A Dog Golden Retriever

What Are The Signs Of Cancer In A Golden Retriever